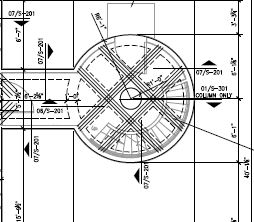 The observatory construction was completed over several months and benefited from the architectural design and planning.  Some of the construction highlights are discussed below.

Pier ready to be poured

Conduit in pier for telescope wiring

After the pier base and foundation were poured, the building and framing construction began.  Once the rough framing was completed, it was time to finish pouring the section of the pier that extends above ground level.  A long section of engineered rebar was attached to the rebar that was left extending from the pier when the base was originally poured.  Next, a sonotube was installed to form the casing for the concrete pour.

The pier was poured in two steps so that the pour for the tall section above grade could be done after the rough framing was finished.  The rough framing was used to provide a support structure to anchor the pier while it was poured and thereafter while it cured. Before the pier was poured, PVC conduit was inserted inside the pier exiting at the top of the pier and elbowing out from the side of the pier beneath the second floor.  The conduit is used for power and signal lines from control computers that run under the flooring through the pier and out the top of the pier to reach the mount, telescope and cameras.  This way, there are no cables hanging off the pier to snag on anything.

Crane is used to lift dome in place

Dome is lifted from the ground

After the dome was installed, power was brought to the observatory and a 40 amp panel was installed to provide ample power.  Grounding lugs were installed to ground the metal dome and structure to provide some protection from lightning.  The dome is grounded to a metal framework buried in the ground. Electrical and signal lines were run through conduit in the observatory flooring to the telescope and control systems.  Trap doors or hand holes were made in the flooring to provide easy access for routing cables.

Power and signal lines to the pier

Power and signal lines to the pier 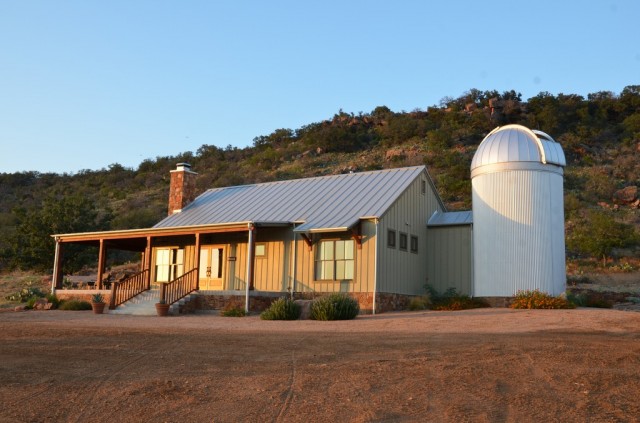